He calls it “my spaceship.”

From the soundproofed walls and floor to the large sofas and keyboard racks, there’s only one prevailing color inside Akon’s state-of-the-art personal studio.

“It is all white,” says the multi-platinum selling artist, of the studio where he has recorded and produced several of his R&B and hip hop hits. “It helps me think a lot easier,” he adds. “This is my place of creation — I am self-engineered, I pretty much work everything in here myself.”

It’s also here where the Senegalese-American singer is putting the final touches to his fourth studio album, expected to be released in June, nearly 10 years after he first rose to fame with his 2004 debut offering “Trouble.”

Since then, Akon has sold millions of albums around the world and collaborated with countless pop and hip-hop icons such as Michael Jackson, Lady Gaga, Snoop Dog and Eminem.

Along the way, he’s also stirred up controversy on several occasions, catching criticism for exploiting his criminal past, as well as for his sexually explicit lyrics and concert shenanigans.
Born in the United States to Senegalese parents, Akon, or Aliaune Damala Badara Thiam, spent his early years in the West African country.

“What I remember the most really was just running wild there,” he says. “Barefooted, swimming in dirty lakes, selling fruit, picking mango trees, hoping not to get caught because they don’t take kindly to thieves in Africa,” he adds, laughing.

At around the age of 8, Akon left the “jungle” of Senegal for the “concrete jungle” of New Jersey. Yet, the transition into his new environment wasn’t easy.

“Making friends was the hardest part,” says Akon of his school years in the United States. “I didn’t speak any English; it was a different culture, dressing different. I would get teased a lot — not playing the bully card — but I found myself always trying to find ways to fitting in. I was always fighting.”

Akon says that it was this reality, coupled with a desire “to be cool,” that sent him off the rails during his teenage years. Aged as young as 14, he was running with a bad crowd, involved in illegal activities including stealing cars — which led to a six-month jail stint.

Today, Akon says he feels “lucky” to have left that lifestyle behind him.

“The guys I came up with, none of them are here right now,” he says. “Four of them are dead, three are doing double life,” he adds. “It’s more of a bitter-sweet success story for me because I was the one that actually slipped away and its only because I made the decision to change my life over after that one experience.”

But it was this background that shaped Akon’s first steps in music. In 2004, he released his first single, “Locked Up,” to great success. Two years later, his second album, “Konvicted,” reached triple platinum with three million copies sold in the United States and more than five million worldwide by the end of 2007.

But despite “Konvicted’s” mega success, Akon says that period was a “confusing” time for him.

“All these records being broken and all the money made, you almost want to make yourself believe that you are invincible,” he says. “I wasn’t sure what I was becoming.”

During a notorious Akon concert in 2007, the singer threw a 15-year-old boy off the stage and onto a teenage girl who suffered a concussion. “I was charged for it — to this day, if I could have changed that, I wouldn’t have did it.”

During those days, Akon says, he let down Africa.

“I was the first to break it internationally, on that level, from Africa,” says the rapper. “Africa was really expecting me to represent them well and at that time I don’t think I was doing that.”

But that year also marked one of his most high-profile collaborations, working in the studio with Michael Jackson on a duet called “Hold My Hand.” Akon finished the vocals in 2009, after Jackson’s death, and the song became the first single released on the King of Pop’s posthumous album titled “Michael.” 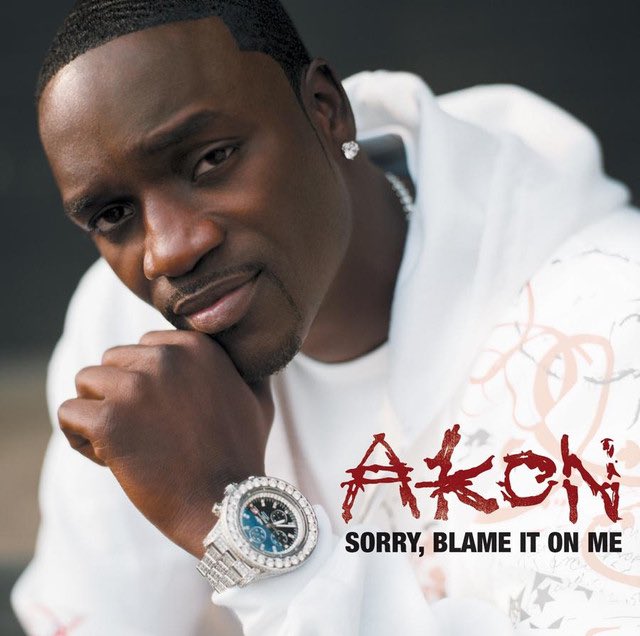 218
AKONIC Retweeted · AKON @Akon
1 year ago
Imagine what 7.6 billion humans could accomplish if we loved and respected one another
View on Twitter

Imagine what 7.6 billion humans could accomplish if we loved and respected one another